Common hashtags I find myself using these days are #becausejapan or #onlyinjapan, because honestly there are things in this country that are just so uniquely Japanese.  From the weird to the wonderful this place just marches to the beat of it’s own drum.

I’ve been holding out writing this random post so I could collect enough material to talk about.  I think that after almost a year in this country I’ve been able to collect a few gems.  This whole post is dedicated to the fact that I’ll never understand Japan and although life in this country can at times be a challenge, the hilarity of somethings is sometimes just too much.  Take for example a few photos I’ve collected of what is fondly referred to as Japanglish.  For your viewing pleasure, here are a few of my favorites: 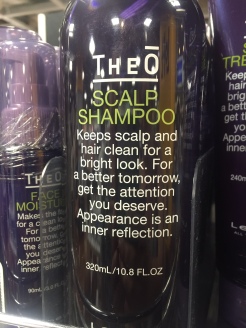 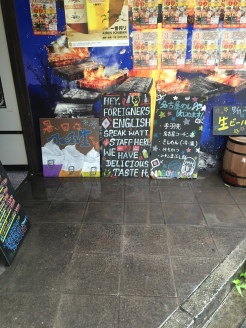 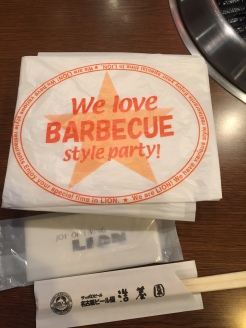 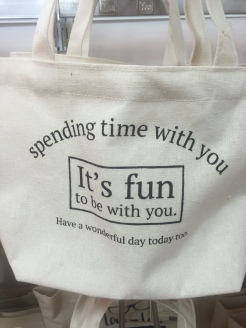 Of note, I’ll never forget the first time I heard unedited rap music playing in the grocery store.  Standing there in the produce section a Dr. Dre song came on and I’m like…wtf for real?  Obviously, everyone around me was super oblivious to what was being said, but I couldn’t help but snicker like “I know something you don’t know”.  As you can see from some of the photos above that the same is applied to sale signs and articles of clothing.  #becausejapan see how that works?

Some recent observations on the wacky and weird about this country: 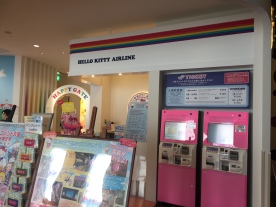 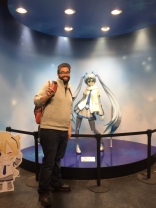 Finally, I’ll leave you with my thoughts on the weirdest thing I’ve done/seen in Japan to date: the Honen Matsuri “Harvest Festival”.  I’ve talked about matsuri’s in previous blog posts (matsuri is festival in Japanese).  They are pretty fantastic because there is always delicious food, things to see, and something to celebrate.  There is a bit of a hiatus through the winter, but I’ll tell you what the season comes back pretty strong with the Honen Matsuri.

This matsuri is held at a temple not far from Nagoya, called Tagata-Jinja.  The whole idea behind this festival is to pray for a bountiful harvest, which is everything from fertility to actual harvest of crops.  This festival has many nicknames around Japan, which include “fertility festival” and “penis festival”.  Before I you get to the photos I will put a disclaimer here, so many phallic symbols ahead!  Click here for a more legit description of the importance of this festival.

Lets be honest, there is a serious meaning behind this festival and many women and men attend in hopes of being blessed with fertility, which is a wonderful thing.  I however attended based on the fact that my level of maturity is sometimes questionable, and I couldn’t help but get a kick out of the absolute madness of this festival…and well where there is weird there is entertainment.  Sorry to my family in advance, but for real there were penis shaped everything, everywhere! Japan I had no idea you could be so naughty!  Take a look…DISCLAIMER: maybe not suitable for kids. 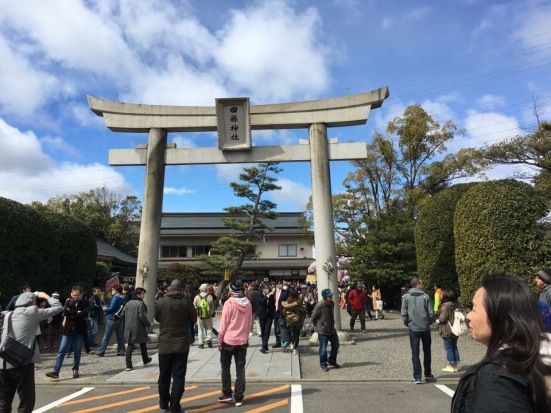 and what would a festival be without food… 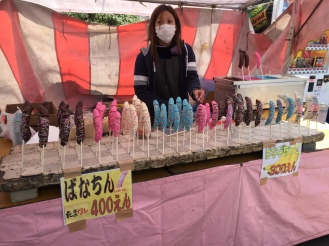 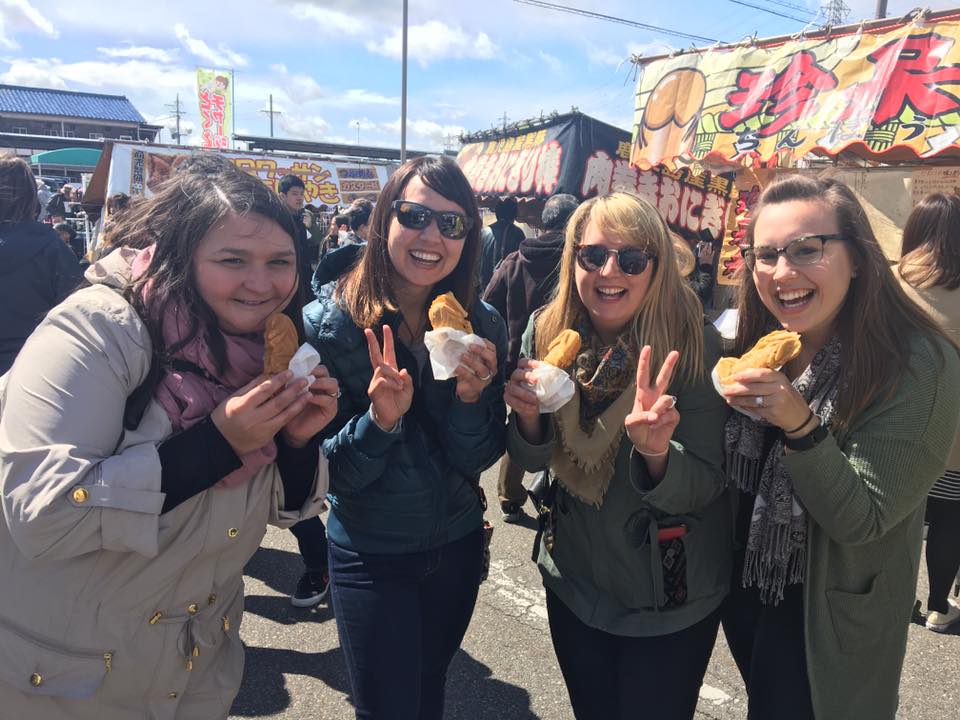 Oh, Japan you win with your strange weird world.  Life in Asia is never boring.

Until next time! Ja Mata じゃまた！